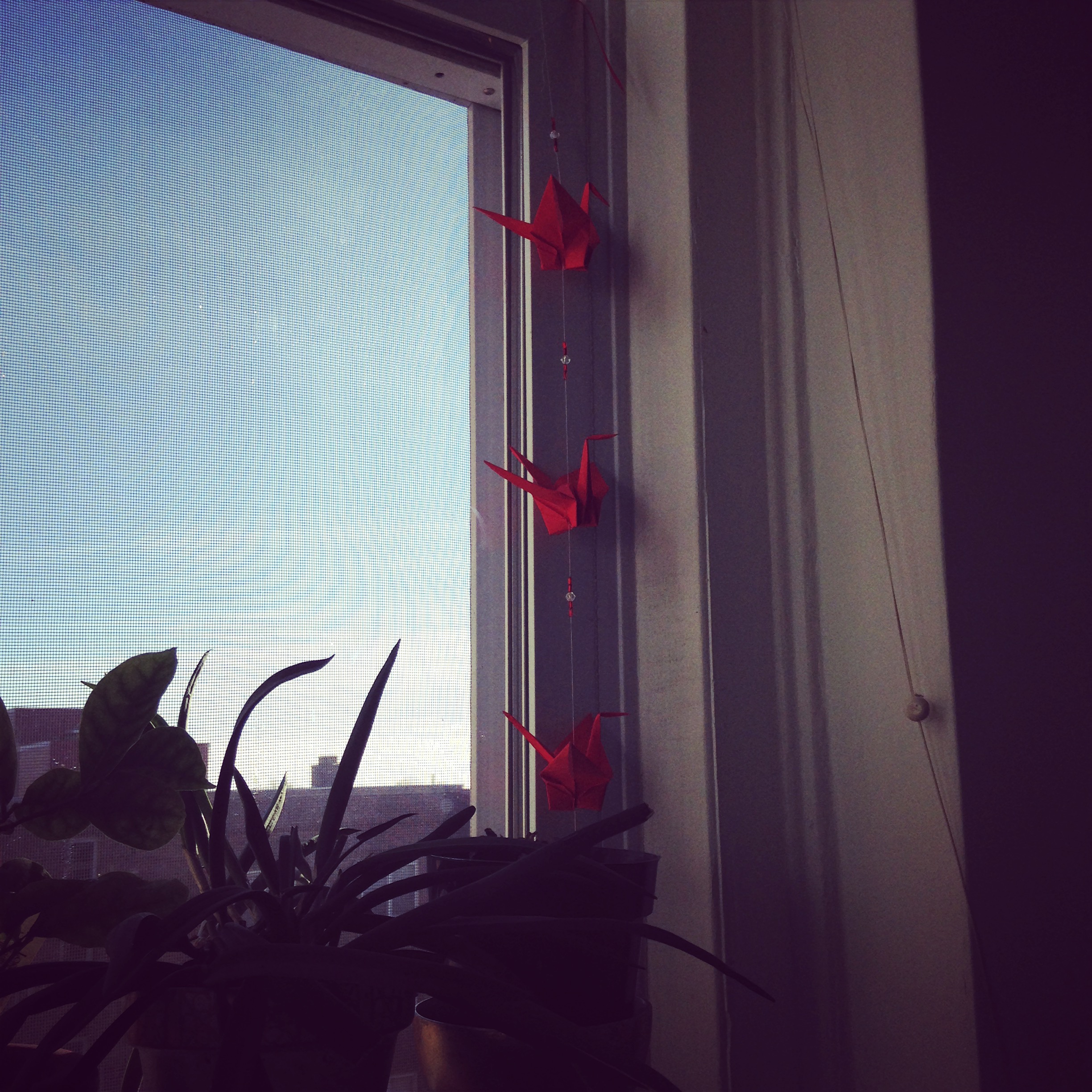 Today, on his birthday, a tribute to my father.

I’ve been reading books about the other side. I teeter between believing that my father is around me, watching me and helping me navigate this tricky earth plane to thinking he is simply, gone.

After he died, I saw cardinals on a walking trail near my home. My father loved the outdoors and I felt like the birds were a message from him or a sign that he was around. A few weeks later, I read a post on Facebook that said just that.

One day, some time after the cardinal spotting, I was planning my yoga class for later that day. I wanted to read a poem but wasn’t sure which one and so randomly opened the page to, you guessed it, a poem about a cardinal. I read the poem at the end of class that day. I wasn’t sure if anyone was listening.

A week or two later, I was feeling down in the dumps at the yoga studio I teach at. I was about to teach an evening class, which was unexpectedly big that evening; now on top of feeling depleted I felt a rush of the old anxiety around being seen and heard, surging through my body – I wanted to run away. That’s when I said the Hail Achilles (that’s my dad’s name) — Dad, I try not to ask for your help that often; I know you’re busy on the other side, doing your work, but I really need you right now.

Just then a student (one of my favorite students for her kind nature) with long, thick red wavy hair waved to me. She said she had something for me and so I walked out of the studio with her, into the hallway, already feeling a slight shift in my anxiety; I was glad to be out of the studio where students were piling in. I felt like she had rescued me. She handed me a gift bag; I reached inside and pulled out a string of red paper birds; a mobile. I gasped. She had been touched by the poem I’d read in class, she said, and was inspired to make me these origami birds. As I held the birds in my hand, I felt a surge of energy, like being filled with bright light. I was suddenly on top of the world. I walked back into the studio, confident and whole. I was ready to begin class and it wound up being a lovely class filled with good energy, which I attribute as much to the students/the collective ‘energy’ as my own teaching and energy and, of course, the contribution of those I couldn’t see that night (thank you, Dad).

Cardinal calls me from the

Railing of the desk. “Turn

your world red,” he says,

life outside your hard-earned

and your too small sense

of what you can and cannot

do. Fly! I tell you that the

All you are or can be comes

clear in the near approach of

clouds. Fly! That which you

fear the most holds your

spirit be the bridge between

safety and release. Soar to

the far end of what is known

from dawn to twilight, then

throw yourself at the whim

of the wild night winds.

Turn your world red, and

live with no regrets. Fly!

And if you are blown off

land wherever your two