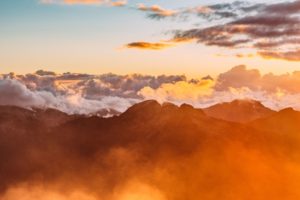 We currently have four (soon to be five) retrograde planets in the sky, through the end of May. To take a step back, Retrograde refers to the appearance of a planet, from Earth, to be moving backward in its orbit. It is said by Astrologers that the illusion of the backward motion turns the energy of that planet inside-out, so to speak. In other words, if Saturn (when in Direct motion) is about responsibility, structure and discipline, when Saturn is in Retrograde motion these themes are reversed. It’s not that Saturn Retrograde is about being irresponsible or undisciplined, although it can show up in your life that way; it is, instead, a time to reassess, review, re-do (anything with an “re” prefix, basically) or fine-tune your responsibilities and your relationship with discipline, so that you can make sure that your life practices are in line with your true values. For this reason, the Retrograde energies urge us to pause, to slow down, and to go inward (a time for self-work/self-awareness) in order to re-align any aspects of our lives that may be out of whack. 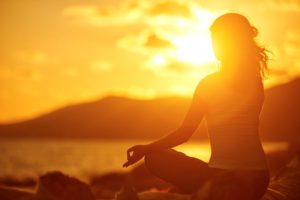 My friend shared an article yesterday on her inspiring Blog that illuminates the deeper meaning of the Retrograde planets. The author of the article, Tanaaz, writes: “Retrograde energy is also highly feminine and in these patriarchal times, on a subconscious level, many of us struggle to accept and integrate feminine energy into our every day lives.” This was an AHA moment for me. I had never thought of it this way. When many of us, who know something about Astrology, think of planets in Retrograde, we understand that life can feel more chaotic, less smooth or productive, during these times. Why is this so? As Tanaaz expresses, it’s because we are meant to take a step back from our worldly pursuits at this time in order to align with the “feminine,” the non-doing side of life. So, it seems, if we resist this energy and try to force our will because we want to see immediate results for our efforts, we will be presented with obstacles that show up in various forms and frustrate us. The antidote is the act of, good ole’, Letting Go.

How do we let go? Well, we can start with breathing practices and meditation and yoga. I noticed today, as I was reading my book, a nagging feeling that I was wasting time because I wasn’t doing something that was going to produce tangible results, at least not right away. These feelings and patterns are not easy to unwind because they are so ingrained, however just being aware of them is, I believe, an integral step in making shifts. Letting go our our agendas, of how we think things should be and look frees up a huge amount of energetic space. It frees up our creative energy. The Feminine is not attached to a gender: it is our creative energy, the force behind our inspiration and passion. The purpose of the Retrograde periods is to restore balance in our lives, so take a breather. 🙂

I have four Retrograde planets (well, five, if you count Pluto in Shadow Period) in my Natal Chart and one of them is Mars. Retrograde planets, as I discussed above, turn the energy of that planet inward thus the fiery and fierce energy of Mars has been, for me, internalized and I have had difficulty expressing my strength and power, moving it out into the world. I see now, in a moment of integration, that I have been on a path of learning how to own my ‘Mars’ energy, to use it in a fair and balanced way (past-life karma likely at the root of this one: I have my South Node in Aries), so that I may lead/teach in a strong yet loving and compassionate way. True strength comes from compassion and this is the lesson of Durga, the Warrior Goddess.

Yesterday, I re-visited (during retrograde periods you may naturally find yourself re-visiting things from the past) one of my favorite books and teachers: Awakening Shakti by Sally Kempton. I like to teach my yoga classes around themes, so I was looking for inspiration on what to teach next. According to Kempton, Durga is both the Goddess of Battle and the Divine Mother. Her ferocity and commitment, her ability to overcome obstacles, comes from a true inner strength (core strength) and compassion. 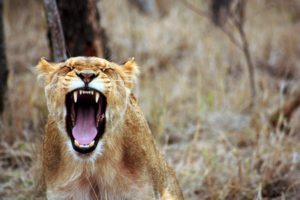 Our lives are full of connections and synchronicities when we are present to notice and absorb them. It dawned me, after reading Tanaaz’s article about the Retrograde planets, that it was no coincidence that I was re-reading my book about the Divine Feminine Energy in all of us (Shakti). With all my Natal Retrograde planets, I have embodied a more passive and gentle nature, or at least I think I have been seen that way throughout my life. In my family of origin (I’m sure the roots are deep), femininity was linked with being modest and not going after one’s needs and desires. I learned to be the “good girl.” I also believed that if I was not the “good girl” I would be shunned. This created a chasm within me and trapped energy (Shakti) inside me, waiting to be freed, to roar (Durga rides a lion). This trapped energy has come out over the years in bursts and eruptions, built up frustration and anger that I haven’t quite understood and that has caused me to feel shame. Like Persephonne, the Queen of the Underworld, who starts out in the story as the innocent maiden, before being captured by Pluto/Hades, King of the Underworld, I have a dark side too. We all do.

When, some years ago, I was immersed in my second Yoga Teacher Training, my mentor, after watching me practice teach one day said, matter-of-factly, “You’re a good teacher,” to counter my evident self-doubt, and “It’s time for you to step into your authority.” I have thought of these words often. I used to find myself in situations with women who embodied the shadow side of Durga: controlling, harsh, quick to anger. My immediate response was withdrawal. This is an ancient feeling, a core reaction: I’m like my cat when he hears the doorbell and zooms under the bed, as if the person at the door plans to kill him. Jungian psychology posits that when we disown a part of our personality, it appears in our lives as the shadow side of the energy. I was always surprised that I seemed to attract these fierce and, sometimes, harsh women. A yoga teacher who lost her temper because I had stepped the ‘wrong’ foot back; a boss who was controlling and, therefore, disempowered her employees. I understand that I am meant to reclaim my power and am in the process of doing so now in my life’s work. A different type of woman and mentor has entered my life now; one who shows and feels deep compassion and seems to ‘see’ me in a way that I have not previously felt ‘seen.’

In  Sally Kempton’s beautiful book, the myth of Durga goes like this: the Devi gods, who represent light and joy, convince her that she must fight the battle against the Asuras, who represent the ego gone astray and corruption, in order to restore balance in the world. She is the only one who can defeat the demon kings because those wise guys made a pact long ago with Brahma, the Creator, that they could not be defeated by any man or god, but there was no mention of a goddess. When Durga meets the demon kings, she is disguised as an innocent, beautiful maiden goddess and they, of course, want her. She tells their servants that she made a vow when young to only marry a man who can defeat her in battle. They laugh and think this is absurd but she persists and they become impatient. They send their men to go and get her, to drag her into their palace by her hair. Durga raises her sword and the men’s bodies are dissolved into thin air. The devil kings finally realize who she is (Shakti) and they remember the loophole. They know that they must defeat her in battle or die. Durga has the powers of all the gods and goddesses within her and so they don’t stand a chance against her. When she defeats them, they are returned back to source, the heart of the mother, and the balance in the land is restored. The stories of the goddesses are about integrating dark and light and finding our way back home. 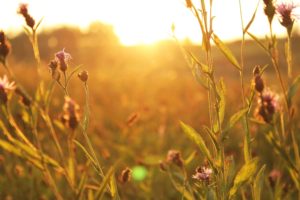 The Retrograde planets are calling for a similar energy: by slowing down and releasing the need to produce something tangible in the world, we will reconnect with ourselves, with nature (get outside and take more walks during this time!) and with divinity (the connection to all that is), so that when we create things in this world it comes from a balance of heart of mind.